Bill Gates is co-chair of the Bill and Melinda Gates Foundation and co-founder of Microsoft. In 1975, Bill Gates founded Microsoft with Paul Allen and led the company to become the worldwide leader in business and personal software and services. More than 20 years later, guided by the belief that every life has equal value, Bill and his wife, Melinda, established the Bill and Melinda Gates Foundation.

In 2008, Bill transitioned from his daily responsibilities at Microsoft to focus full-time with Melinda on their foundation’s work to reduce hunger and poverty globally, harness advances in science and technology to save lives, and improve education in the U.S. 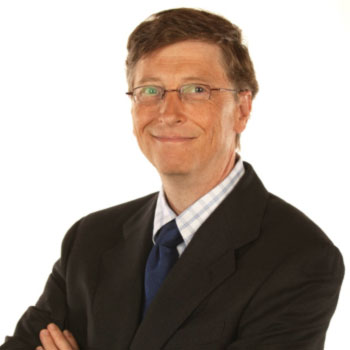