Delos M. Cosgrove, MD, led Cleveland Clinic as president and CEO from 2004 through 2017. He now serves as an executive advisor to the $8 billion healthcare system, which includes a main campus, 10 regional hospitals, 18 family health and surgery centers, and hospitals and clinics in Florida, Nevada, Toronto, Canada, Abu Dhabi, UAE, and London (opening 2020).

Dr. Cosgrove received his medical degree from University of Virginia School of Medicine, completed clinical training at Massachusetts General Hospital, and Brook General Hospital in London. He earned an undergraduate degree from Williams College, Williamstown, Mass. In 1967, he was a surgeon in the U.S. Air Force, serving in Da Nang, Vietnam. He was awarded the Bronze Star and Republic of Vietnam Commendation Medal.

Dr. Cosgrove joined the Cleveland Clinic in 1975, and was named chairman of the Department of Thoracic and Cardiovascular surgery in 1989. He performed over 22,000 operations and earned an international reputation in cardiac surgery valve repair before his retirement in 2006. He holds 30 patents for medical innovations.

He has received numerous awards and is ranked among Modern Healthcare’s “100 most powerful people in healthcare” and “most powerful physician executives.” His book, The Cleveland Clinic Way, was published by MacGraw-Hill Education in 2014. 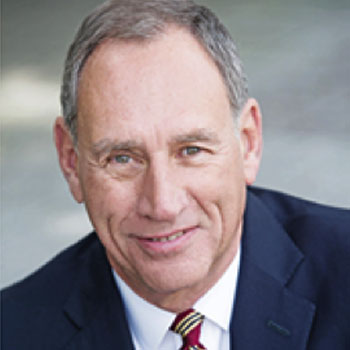