Stuart Butler is currently a senior fellow in economic studies at the Brookings Institution. Prior to joining Brookings, Mr. Butler spent 35 years at The Heritage Foundation as director of the Center for Policy Innovation and earlier as vice president for domestic and economic policy studies. He is also currently an adjunct professor at Georgetown’s McCourt School of Public Policy and a visiting fellow at the Convergence Center for Policy Resolution.

He is a member of the editorial board of Health Affairs, serves on the panel of health advisers for the Congressional Budget Office, and is a member of the Board on Health Care Services of the National Academy of Medicine. He also serves on advisory councils for the National Coalition for Cancer Survivorship, the Kaiser Institute for Health Policy, and the March of Dimes. In 2002 he was an Institute of Politics Fellow at Harvard University. In 1990, he served as a member of Housing Secretary Jack Kemp's Advisory Commission on Regulatory Barriers to Affordable Housing.

Mr. Butler was born in Shrewsbury, England, and immigrated to the United States in 1975. He was educated at St. Andrews University in Scotland, where he received a Bachelor of Science degree in physics and mathematics in 1968, a Master of Arts degree in economics and history in 1971, and a PhD in American economic history in 1978. 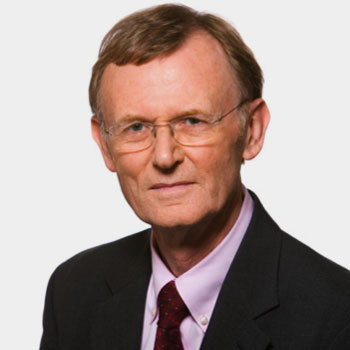